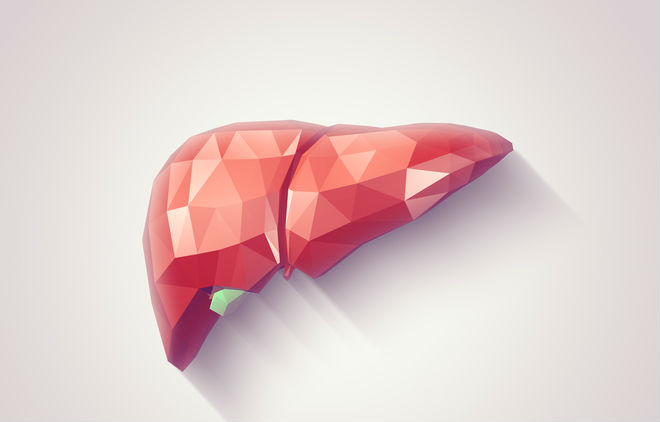 Genfit has a drug candidate on track toward clinical testing for a rapidly progressing and potentially fatal complication of chronic liver disease. By acquiring Versantis, it adds another drug that works in a different way and is further along in development for the same disorder.

Lille, France-based Genfit announced Monday that it has agreed to pay 40 million Swiss francs (about $41.4 million) to buy Versantis, a privately held Swiss biotech focused on developing liver disease drugs. In addition to the upfront payment, Versantis shareholders could earn up to 65 million Swiss francs (about $67.3 million) tied to clinical trial progress and regulatory approval of its lead asset.

The lead disease target of Zurich, Switzerland-based Versantis is acute-on-chronic liver failure (ACLF), a syndrome that can develop in patients whose chronic liver disease has progressed to cirrhosis. In addition to liver failure, this condition can lead to the failure of other organs such as the brain, kidneys, heart, and lungs. ACLF can rapidly progress to a coma and then death. According to Genfit, an estimated 137,000 patients are hospitalized with ACLF in the U.S. each year. The condition has no FDA-approved therapies.

The most advanced Versantis program, VS-01, employs liposomes, which are tiny, spherical vesicles that can be used as transport vehicles. The company says its drug clears toxic metabolites from the body, extracting them from the blood and taking them into the abdominal cavity, where they are taken up by liposomes that are then drained from the body. In a Phase 1b study, Versantis reported that its drug was safe and well tolerated by the 12 study participants, who experienced no dose-limiting toxicities. A 60-patient Phase 2 test is set to begin in the fourth quarter of this year. In addition to ACLF, the drug has potential application as a treatment of urea cycle disorder. The FDA has granted the drug a rare pediatric disease designation in this indication. In Europe, the Versantis drug candidate has orphan drug designation.

Genfit’s approach to developing an ACLF therapy involves repurposing nitazoxanide, or NTZ for short. This older drug is used to treat diarrhea and intestinal inflammation caused by parasites. Genfit is looking to apply the drug to liver and fibrotic diseases. The company said a meeting with the FDA is scheduled to discuss clinical trial plans for NTZ in ACLF following encouraging Phase 1 data that informs potential dose adjustments in patients with cirrhosis and liver impairment.

The Versantis acquisition is consistent with the liver disease focus that Genfit said it would maintain following the high-profile 2020 Phase 3 failure of elafibranor, a drug that the biotech was developing for the fatty liver disease non-alcoholic steatohepatitis (NASH). The company abandoned its pursuit of the drug for NASH, but restructured and focused development of the small molecule in primary biliary cholangitis, a different rare liver disorder. Late last year, Genfit licensed elafibranor’s global rights to Ipsen for €120 million up front. According to the licensing agreement, Genfit is still responsible for Phase 3 development of elafibranor until completion of that study’s double-blind treatment period.

Speaking on a conference call Monday, Genfit CEO Pascal Prigent said that the Versantis acquisition is a logical continuation of the rare liver diseases corporate strategy that the company started at the end of 2020. The Ipsen deal provided Genfit with cash to finance acquisitions, with an eye on assets that are in the clinic or close to clinical development. The Versantis acquisition brings Genfit programs for other liver disorders. VS-02 is in preclinical development for the treatment of chronic hepatic encephalopathy, a nervous system disorder triggered by advanced chronic liver disease. Versantis is also developing TS-01, a point-of-care diagnostic in development for at-home measurement of ammonia in the blood, which is the primary cause of hepatic encephalopathy.

“We believe Versantis’s portfolio of programs gives us exactly what we are looking for,” Prigent said. “After the acquisition, Genfit will have multiple promising programs in rare liver diseases, and will be a global leader in ACLF, a therapeutic area that we feel is both important and underserved.”

The acquisition agreement could yield more cash from the sale of an FDA priority review voucher. Under this FDA program, regulatory approval of a drug for a rare disease can lead to the award of a voucher that grants speedy review of another rare disease drug. This program is intended to incentivize rare disease drug development and the rare pediatric disease designation granted to VS-01 in urea cycle disorder makes it eligible for a voucher if the drug is approved.

A company awarded a voucher can apply it toward one of its own drugs, but many companies opt to sell these vouchers, fetching prices of $100 million or more. Under the acquisition agreement, Versantis is eligible to receive one third of the net proceeds from the sale of a voucher. If Genfit decides to use the voucher for one if its own programs, Versantis would be entitled to one third of the fair market value of the voucher.

Genfit expects to close the Versantis acquisition in the fourth quarter of this year.

Managing stigma and discrimination in healthcare settings during Monkeypox

The first step to balancing your hormones

The Adolescent And Functional Space

Can long-term exposure to air pollution…

Managing stigma and discrimination in…