Severe depression, characterized by “that darkness we can’t see behind,” is “not the end,” said Father Marc Capizzi, parochial vicar at St. Andrew Parish in Newtown. “Continue to reach out to ask the Lord to carry you through, to break those chains.”

Like many priests, Father Capizzi has directly counseled families who have lost loved ones to suicide. Several years ago, he co-founded a bereavement group with one grieving mother after attending seminars offered by the American Foundation for Suicide Prevention (AFSP).

While they cannot be regarded as mental health counselors unless specifically trained and licensed as such, priests and permanent deacons are typically equipped to refer individuals to appropriate treatment – and above all, to pray with and provide spiritual support for those contemplating suicide.

The need for such pastoral outreach is more critical than ever. Suicide remains a leading cause of death in the U.S., with close to 46,000 deaths – about one every 11 minutes – in 2020, according to the Centers for Disease Control (CDC).

In addition, the CDC reported that some 12.2 American adults seriously considered taking their lives in 2020, with 3.2 million planning a suicide attempt and 1.2 mission actually undertaking one.

Last year, U.S. Surgeon General Dr. Vivek Murthy issued an urgent advisory on mental health issues among children, teens and young adults, who have in recent years experienced what he called “alarming” rates of depression, feelings of helplessness and thoughts of suicide.

“Especially with our younger people, there’s a great amount of anxiety and fear,” he said. “If they’re not outright depressed, they’re at least down, they’re sad. The way these past few years have played out, (young people) have been pushed into greater isolation.” 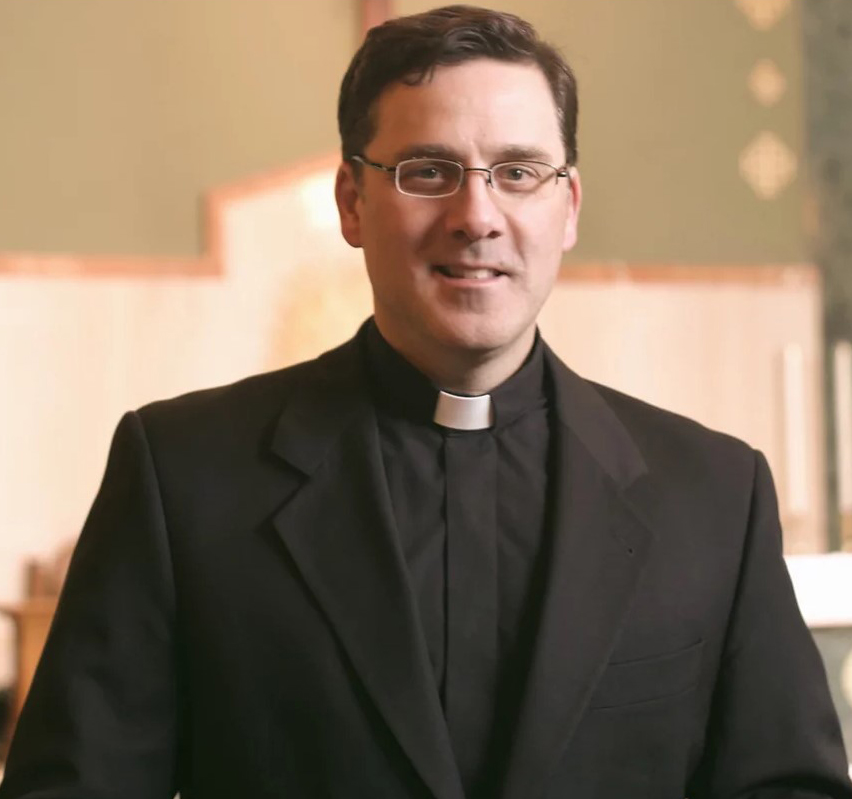 Social media use leads many teens “to think they need to be a certain way” in order to gain acceptance, he added.

The loneliness is further compounded by the fact that “so many don’t have a spiritual basis in prayer and the sacraments,” said Father Capizzi.

And that grounding is essential in finding true healing from thoughts of worthlessness and self-harm, he said, since “there’s a spiritual aspect” to depression that often goes unaddressed in clinical treatment.

The complexities of mental, emotional and physical health are recognized by the Catholic Church in its stance on suicide, which both the CDC and the AFSP emphasize cannot be attributed to a single cause. Mental and physical health, relationship issues, sexual and substance abuse — along with financial, employment, legal and housing difficulties – have all been shown to contribute to a person’s decision to end his or her life.

Confession “takes away the guilt of our sins, so we are not burdened by guilt that gets us down … and makes us think we’re the worst of all,” he said. “On a natural level, we’re not only voicing those things so deeply ingrained and hidden in ourselves and getting them out there, but we’re voicing them to God, who is all-merciful and desires to take on our sin to get rid of it.”

The sacrament by design also reconnects the afflicted soul with the community, lessening the sense of alienation and inferiority.

“There’s a vulnerability and humility that actually allows for grace, through another faulty person, to bring about the healing that Our Lord so desires,” said Father Capizzi. “After the Eucharist, the sacrament of confession is just so profound.”

Depression and suicide also point to the unseen reality of “fallen spirits that want us down, away from God and separated from others,” he said.

Through faith, “we have been given authority” to resist such bondage, which keeps us “looking at ourselves” rather than at others, Father Capizzi said.

Two liturgical feasts in September – the Exaltation of the Cross on Sept. 14 and Our Lady of Sorrows on Sept. 15 — help faithful to better understand suffering in God’s plan, he said.

“That sorrow, given to God, brings about a grace to help others,” said Father Capizzi. “The pain might be intense, but in that mystery of God’s presence in the sacraments, the Lord turns it into something good.”

And while sadness is “more focused on self,” Mary’s sorrows at Calvary are born of “missing a God that should be there,” he said. “She has these wounds in her heart for humanity.”

Even when an individual acts on the urge to commit suicide, the Catholic faith does not despair of God’s mercy. While suicide is “gravely contrary” to “the just love of self,” as well as love of neighbor and of God, factors such as severe psychological disturbances, anguish, fear of hardship, suffering or torture “can diminish the responsibility” of the affected individual (Catechism of the Catholic Church, 2281, 2282).

However, direct euthanasia, defined as “an action or omission which of itself or by intention causes death” to eliminate suffering, is “morally unacceptable,” according to a 1980 Vatican declaration and the Catechism of the Catholic Church (2277). Physician assisted suicide is considered a form of euthanasia.

In cases of terminal illness, the church distinguishes between ordinary and extraordinary means of care. While the former offer a reasonable hope for improvement without overburdening the patient, the latter excessively burden the patient without benefit, and can be refused.

Ultimately, “the Church prays for persons who have taken their own lives,” since through “ways known to him alone,” God can provide them “the opportunity for salutary repentance” (Catechism, 2283).

“As a Church, we never can say any specific person in hell,” said Father Capizzi. “We commend anyone who in that grave darkness and despair took their life to the mercy of God.”

Amid the sufferings of mind, body or soul, “there is light,” he said. “Our Lord and Our Lady will help lift our heads, so that we can look up and see beyond the pain and the darkness.”

If you or a loved one are suicidal, call or text 988 or chat 988lifeline.org to reach the 988 Suicide & Crisis Lifeline, or contact emergency medical services immediately by dialing 911.

For information on other Archdiocese of Philadelphia bereavement resources, contact the Office for Life and Family at 215-587-0500 or visit http://phillycatholiclife.org/marriage-and-family/bereavement-ministry/

Protein restriction can be effective in comba

Cabinet to consider fate of B300 foreign tourist fee