Dr. Hale, associate professor of basic medical sciences and director of Women in Medicine and Science at the College of Medicine – Phoenix, said her grandparents wanted to be a modern-day Marie and Pierre Curie. 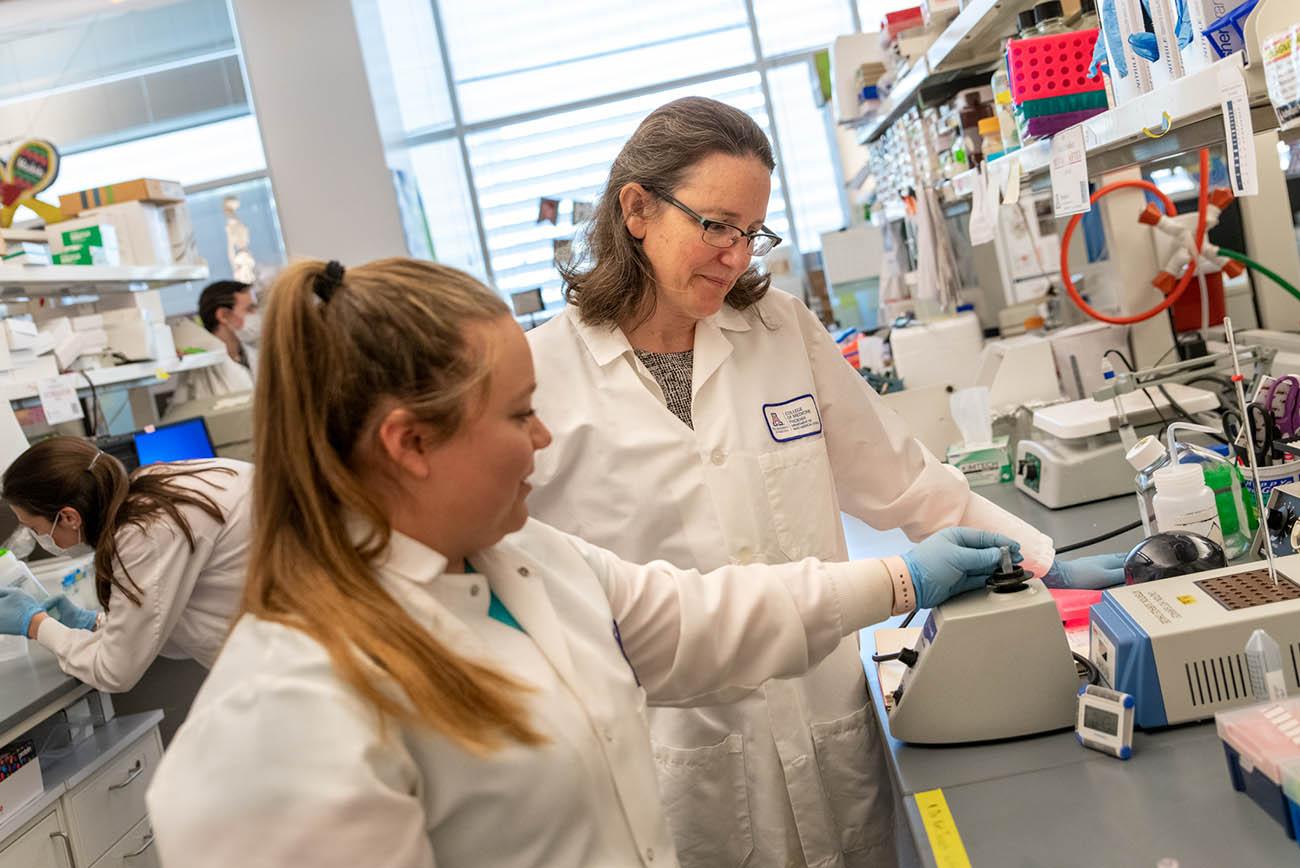 “My grandmother went to university in the 1940s and got a degree in biology,” Dr. Hale said. “She started in a master’s program in biochemistry because she wanted to be a scientist. My grandfather was a chemist. He told me after she passed away that their dream was to be like the Curies, the science couple.

“But shortly after my grandmother started her master’s, she got pregnant with my father. And that was it. She had to drop out of the program. Because that’s what you did then.”

On the basis of sex

When President Richard Nixon signed Title IX into law on June 23, 1972, the goal of the employment legislation was to protect people from discrimination based on sex in education programs or activities that receive federal assistance.

In the minds of most people today, Title IX is tightly tied to women’s sports – the force behind the worldwide dominance of the U.S. Women’s National Soccer Team or the female Olympic athletes in basketball, track and field, and softball. But the law continues to have a deep impact on colleges and universities far beyond the playing field.

At the University of Arizona, the Office of Institutional Equity (OIE) serves as a resource on Title IX and related matters, including any form of prohibited discrimination under the university’s Nondiscrimination and Anti-harassment Policy.

In the late 1960s and early 1970s, no matter the credentials, women weren’t being hired, paid or promoted like men. In fact, at that time, women couldn’t get a credit card or a loan in their own name. 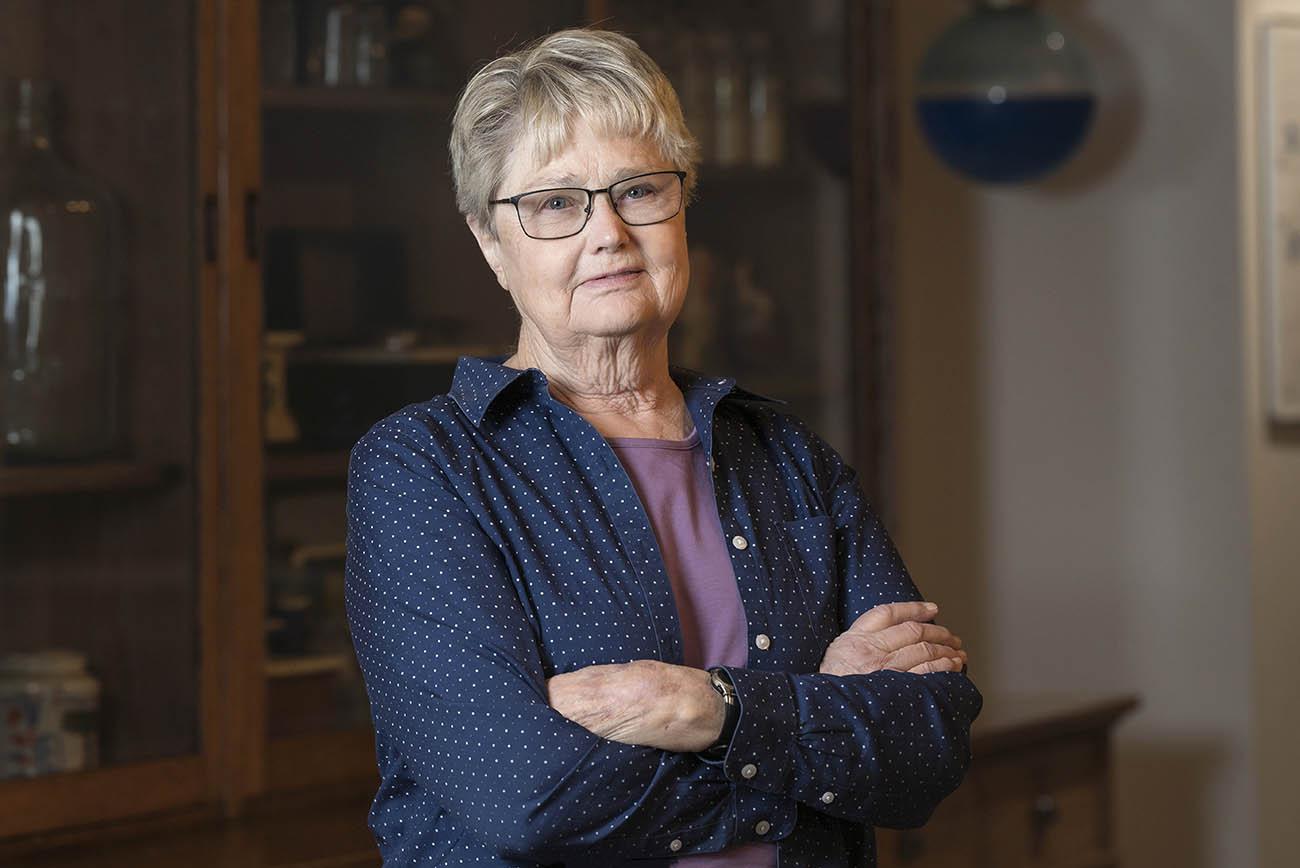 Marion Slack, PhD, professor emerita of pharmacy practice-science at the R. Ken Coit College of Pharmacy, said after she received her bachelor’s degree in pharmacy from the University of Kentucky in 1969, she applied for several jobs. “I was interviewing for jobs at that time, and since my graduation, I had delivered a daughter. I had a difficult time finding a position because they didn’t want to hire a woman with a child.

“They would say things to me like, ‘We wouldn’t be interested in giving you a job because you’re married with a child, and you’ll just quit in a short period of time.’ And the ironic part of it is that, at one of the places I interviewed, they hired some guy and about eight months later, he quit.”

While more women are in academic roles today – 45.3% of UArizona faculty are female – problem areas still exist. A recent New Scientist survey found that the gender pay gap in STEM fields in the United States widened from 12% in 2021 to 17.5% in 2022, partially the result of women taking on increased child care commitments and thus losing ground at work because of the pandemic.

“They would say things to me like, ‘We wouldn’t be interested in giving you a job because you’re married with a child, and you’ll just quit in a short period of time.’”Marion Slack, PhD

One woman who sought to change that was Shirley Fahey, PhD, who earned her doctorate in social psychology from the University of Florida in 1964. Dr. Fahey was hired in 1970 as an assistant professor of psychiatry in the College of Medicine – Tucson and remained at the college until she retired 30 years later as a professor and the associate dean of admissions.

During her tenure, she served as chair of the American Association of University Professors and spearheaded successful efforts to revise the university’s nepotism guidelines, which included an anti-nepotism rule widespread across colleges at the time that prohibited women married to men with faculty appointments from being hired in faculty positions.

Dr. Fahey, who also was a founding member and the first president of the Tucson chapter of the National Organization for Women, passed away in 2003.

“I think today we live in a world of equal opportunities,” said Hina Arif-Tiwari, MD, fSAR, vice chair of clinical affairs and chief of abdominal imaging at the College of Medicine – Tucson. “Having said that, women faculty in medicine and science still face challenges and need support to utilize their full potential and reach where they want to be. Without Title IX, I really do not think we would have the number of women in medicine we see right now.

“We are reaping the fruit of hard work of front-liners of the Title IX movement from 1970s which has gotten us to where we are today,” Dr. Arif-Tiwari added. “Although we find some gender-related inequalities, we really do not feel the discrimination as much as women did then.”

Drs. Arif-Tiwari and Hale both said that ensuring women are considered for and promoted to leadership roles could define the next 50 years of Title IX. 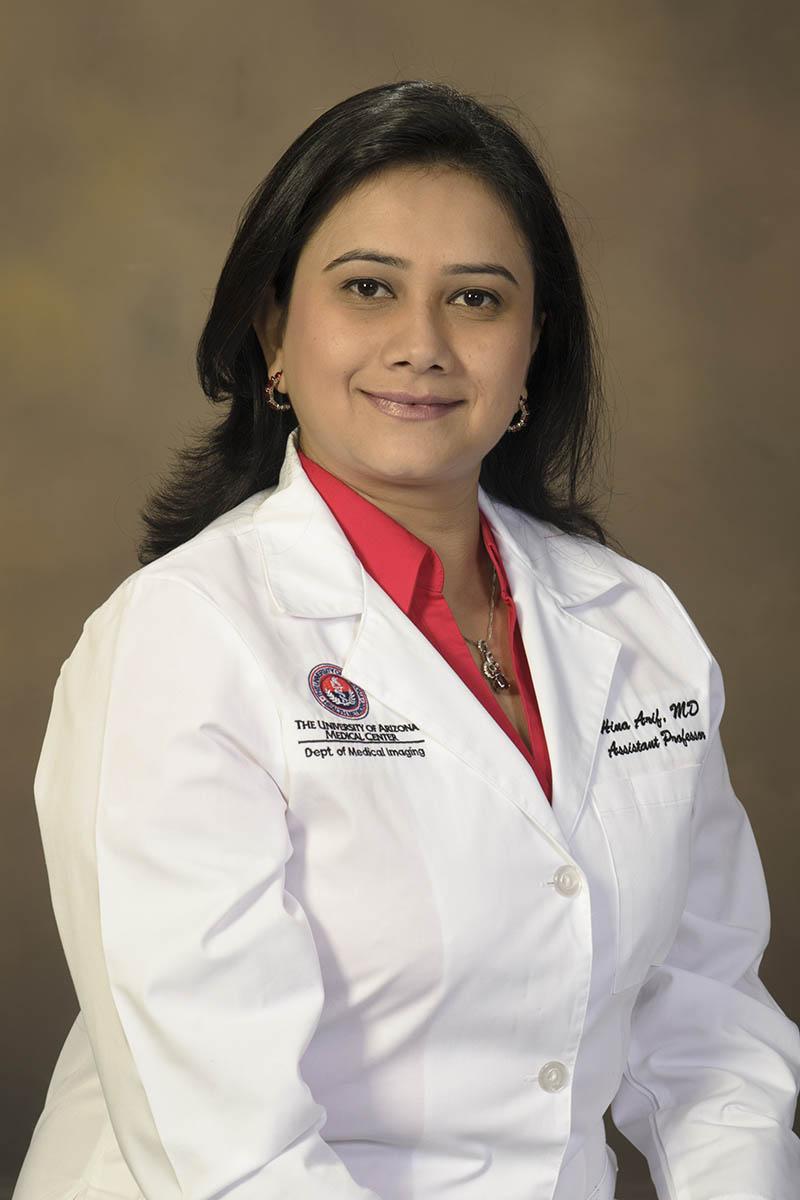 “We’re in a much better place right now through the equal opportunity offered by Title IX,” Dr. Arif-Tiwari said. “We’ve seen the number of women entering medical school increase over the past couple of decades. And right now, it’s more than 50%.

“However, less women get into residency after completing medical school, and then those who go to subspecialties, like surgery or radiology, are much smaller. The ratio of women to men reduces significantly in leadership positions such as chairs and deans. So, there are obstacles and challenges that women who enter the medical field still face throughout their journey.”

For Dr. Hale, entering academic medicine in the era after Title IX’s implementation meant that when she was recruited to UArizona Health Sciences, she was able to pause her tenure clock and not be penalized for taking maternity leave for her two children.

“I can certainly acknowledge that it’s easier today than it was 20 years ago, 40 years ago, 50 years ago. I think that’s the idea – that I didn’t have to choose between being a mom and being a researcher and faculty member. I love both of those aspects of my life. And I couldn’t imagine one without the other.”

Something her grandmother would appreciate.

Salaries: Is NRM brain dead or living on Mars?

The Dangers of Medical Tourism

Healthcare stocks may keep your…