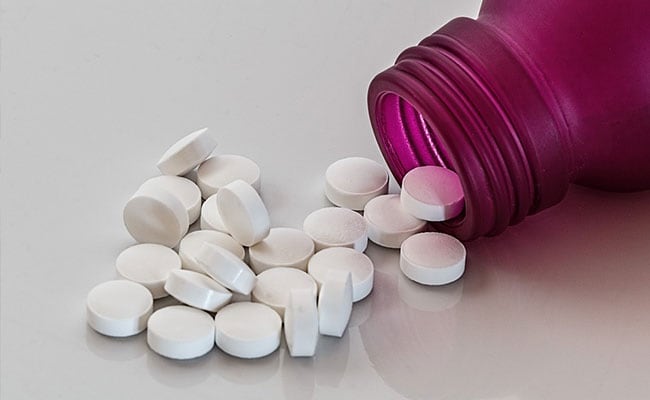 Over the past three years, millions of blood pressure pills that contain a probable carcinogen have been recalled around the world. As pharmaceutical companies have worked on finding a fix, they’ve discovered an entirely new problem: Another potentially dangerous chemical is showing up in the same drugs.

The impurities were found in blood pressure drugs which have been recalled in Canada as well as Europe earlier this year. U.S. officials helped lead the way in the 2018 recalls of the same type of drugs tainted with the probable carcinogen N-Nitrosodimethylamine, or NDMA, though they have yet to pull any for containing the azido impurities.

Meanwhile, a U.S. Food and Drug Administration inspector has found at least one large manufacturer in India, Hetero Labs Ltd.,  has a flawed process for controlling the impurities, according to documents reviewed by Bloomberg. Hetero also hasn’t adequately ensured a residue of impurities aren’t building up on production equipment, which can cross-contaminate subsequent batches, according to the documents.

The FDA inspector visited Hetero Labs Ltd.’s production plant in the Sangareddy district in south central India over 10 days in August. The plant makes the active ingredient for the blood pressure drug called valsartan, which it sells to other pharmaceutical companies to make a finished pill. Valsartan production can form azido impurities. The company did not respond to requests for comment.

Drug regulator Health Canada announced recalls of valsartan, a type of drug called an angiotensin II receptor blocker or ARB, in May for elevated levels of azido impurities. Over the next few months, other drugs in the same class, losartan and irbesartan, were recalled for the same impurities. Companies implicated include Sanofi, Novartis AG’s generic-drug unit Sandoz and generic-drug giant Teva Pharmaceutical Industries Ltd.

Teva also recalled ARBs in the U.K. in June followed by Sanofi in August, according to the country’s Medicines and Healthcare products Regulatory Agency. The MHRA is aware of three potential azido impurities in heart drugs, according to emailed answers to a list of questions from Bloomberg. Other European countries have also recalled ARBs containing azido impurities, including France, Switzerland and Ireland.

Sanofi recalled certain drugs containing irbesartan in Canada in June for elevated levels of azido impurities and sold some of those same drugs in the U.S., a spokesperson said in an email response to Bloomberg. The drugmaker informed the U.S. FDA and didn’t receive any further feedback, the spokesperson said.

Sanofi is close to completing testing of all batches of irbesartan-containing medicine produced between 2018 and 2020. Most have not contained levels of azido impurities above the threshold considered acceptable. The company plans to collaborate with health authorities in mid-October to propose recalls of any non-conforming batches, the spokesperson said. The impurities are a by-product of a previous manufacturing process and Sanofi’s irbesartan tested since January has not contained unacceptable levels of azido impurities, according to the spokesperson.

Sandoz originally recalled 40 batches of ARBs in Canada in May and has since recalled 49 batches of certain losartan pills there. The active ingredient for the drugs was made by another company, according to an emailed statement from a spokesperson for parent company Novartis, though the company wasn’t named.

Sanofi and Sandoz both were involved in another major recall in 2019 related to NDMA-tainted drugs that led the heartburn medication Zantac and its generics to be pulled from the market. The independent testing lab Valisure, based in New Haven, Connecticut, first discovered NDMA in the medication and flagged regulators. The active ingredient in Zantac, ranitidine, was found to form NDMA over time or when stored at high temperatures.

Zantac wasn’t the last recall related to NDMA or chemicals like it, which fall under a class called nitrosamines. Last year, the widely used diabetes drug metformin was recalled for NDMA contamination and Pfizer Inc. recalled all lots of its smoking cessation pill Chantix last month after it was found to contain a nitrosamine.

In 2018, Hetero supplied the active ingredient to some of the companies that had to pull their drugs because they contained NDMA and other similar chemicals. While the recalls started that same year, regulators and industry continued to find additional contamination from chemicals similar to NDMA in the blood pressure pills valsartan, losartan and irbesartan, resulting in recalls that stretched out over almost two years as tainted drugs were identified. The NDMA was likely formed as a part of the manufacturing process for the active ingredients, though drugmakers and regulators didn’t catch the problem for many years.

The FDA declined to address whether it has found drugs that contain azido impurities or if it anticipates any recalls in the U.S.

“We have been closely evaluating this type of impurity, working with manufacturers and foreign authorities, and will continue to investigate and monitor the marketplace and manufacturing efforts to help ensure the availability of safe, quality products for U.S. consumers,” Jeremy Kahn, a spokesman said in an email.

Hetero’s production plant in the Sangareddy district is one of the company’s 10 facilities in India registered with the FDA to help make drugs sold to the United States. It was last inspected in 2018 and received the agency’s worst classification, which means it’s likely the company would have a hard time getting FDA approval to make any new drugs there until it clears up its issues. But the agency typically allows companies with long lists of violations stemming from inspections to continue to make drugs they’re already allowed to produce at substandard plants while they work on fixing their problems.

The documents also point out a material used early in the drug-making process plays a role in creating azido impurities. While Hetero’s production guidelines call for keeping that material to a certain level to avoid forming unacceptable impurity levels, the company’s study used to determine that safe level is faulty, according to the FDA documents.

The FDA, spokesman Kahn said, cannot comment on whether it would take any action against Hetero.

(Except for the headline, this story has not been edited by NDTV staff and is published from a syndicated feed.)

What is Orthorexia and How to Know if You Have It, From an…

How AI interfaces can help therapists …