India, A Healthcare Hub – The Hitavada 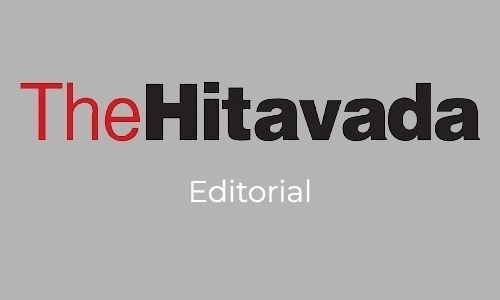 PRIME Minister Narendra Modi is committed to making India a global manufacturing hub and his stress on the need to work on easy transit to promote trade in central Asia and Europe at the recently concluded Shanghai Cooperation Organisation (SCO) is well justified. Stepping up manufacturing has huge potential for providing employment particularly at the semi-skilled level. But widespread digitisation has opened up a huge opportunity for India to become a major global hub for providing healthcare for millions of people in not only rural India but in the entire world.

India has over the years have developed huge pool of qualified doctors and para-medics. With quality medical education, Indian doctors and para medics are sought after everywhere. Every major hospital in developed nations have sufficient number of Indian doctors. Besides large private hospitals providing top class medical treatment with five-star facility have come up in big numbers particularly in South India. The treatment provided there is comparable to the best in the world and are not cost prohibitive as compared to some of the advanced economies. By Indian standards some of those private hospitals are quite expensive.

Healthcare is a very expensive affair in developed world and increasingly medical tourism has caught on in India and patients from neighbouring countries and Gulf region get medical treatment done in India because of highly developed and well equipped hospitals in the country. Lately, patients from US and Canada do frequent India for medical treatment particularly in private hospitals in South India as it works out cheaper even after including the cos

t of travel and stay in India along with an attendant during recuperation.

With 5G being rolled out soon in several parts of the country and digitisation spreading in various walks of life including medicare, remote surgery has become a doable phenomenon. India could become a healthcare hub for the world. A surgeon sitting in Chennai can conduct surgery in a small town with the help of a trained nurse in that small town. The same surgeon can conduct a surgery in US or Canada as well. This can be a routine affair with the help of 5G network. Once fully established, 5G network can transmit both real time granular view of the surgery in progress and the surgeon’s instructions that guide the robotic arms carrying out the operation. For this, the nurse would need to be trained to assist in remote surgery. There may be some regulatory issues which can

This development is at a nascent stage and regulatory issues have to be worked out on allocating responsibility among the telecom operators, robotics vendors, software providers and medical personnel especially when something goes wrong with the surgery. But this could become a major health industry for India with huge foreign exchange earning potential.

Once all these issues are sorted out, there is going to be huge opportunity for Indian medical fraternity. Medical treatment is very expensive in the advanced economies. This is one of the reasons that medical tourism has caught on particularly from neighbouring countries like Bangladesh, Maldives, Sri Lanka and Nepal. Some patients do come from Pakistan as well for complicated medical and surgical treatment.

Many come from Gulf countries because it is much cheaper in India.

In countries like United Kingdom and Canada, healthcare is available to all and provided by the State but getting an appointment to meet a specialist doctor is not easy and takes months together. This puts patients in jeopardy. If telemedicine and remote surgery from India is encouraged, there could be great relief to patients in those countries. In US, private hospitals are easily approachable but they are cost prohibitive and if there is a major and complicated ailment, the entire lifetime savings will be wiped out in treatment. Telemedicine and remote surgery from India could be a cheaper alternative.

As it is, digitisation has helped India to improve its governance. Direct benefit transfer for various social schemes of the Government has helped to plug leakages to a large extent. Digitisation of ration cards has eliminated bogus cards. These have ensured Government resources running into lakhs and crores of rupees.

Just as India dominates in software development, healthcare delivery could be the next big area where Indian doctors sitting in India could provide healthcare to millions of patients world over through telemedicine and remote robotic surgery. With 5G taking off soon across India there is scope for not only remote surgery but also several other technology enabled service delivery. Of course, both the Centre and States will have to gear themselves and create conducive environment to cash-in on this huge opportunity. (IPA)

Global Medical Tourism Market Size Report Predicted to be Worth USD 125.8 Billion By…

It's Mexico a safe place for medical tourism?

TikTok’s Butter Boards Are All the Graze Right Now