Is There an Epidural Shortage in the U.S.?

When you’re making a birth plan, there are a lot of decisions to consider: what type of facility you want to deliver in, who you’d prefer to have by your side during labor and whether you’d like a medicated or unmedicated birth. For moms-to-be planning on a medicated birth, an epidural is the most common type of pain relief offered during childbirth.

But some Canadian women may not currently have it as an option. Canadian hospitals have reportedly become more selective about who they give epidurals to, thanks to a shortage impacting some of the tools used to administer them.

If you’re pregnant and hoping to have an epidural, it’s understandable that you might have questions, especially if you live in one of the Canadian regions that are currently affected by the shortage. And if you live in the United States, you’re likely wondering if a similar shortage could develop here, too.

Several of the experts What to Expect spoke to acknowledge that some U.S. hospitals are experiencing backorders of certain medications and equipment as a result of ongoing supply chain issues, but it’s unlikely that patients in the U.S. would lose access to epidurals.

Here’s what else parents-to-be need to know right now.

Why is there an epidural shortage in Canada?

An epidural (or epidural block) is the most common type of pain relief used for childbirth in the U.S., according to the American College of Obstetricians and Gynecologists (ACOG). Trusted SourceAmerican College of Obstetricians and Gynecologistshttps://www.acog.org/womens-health/faqs/medications-for-pain-relief-during-labor-and-deliverySee All Sources [1] With an epidural, medication is administered via a catheter, a flexible tube that’s placed in the lower back to deliver pain relief throughout labor.

Recently, medical centers in some parts of Canada have had difficulty getting enough epidural catheterization kits. According to the Toronto Star, most provinces in Canada have been impacted by a shortage of these crucial tubes, but British Columbia, Alberta, Saskatchewan and Manitoba are the most affected. The shortage is due to global supply chain issues, according to CBC. 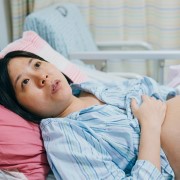 Is there an epidural shortage in the U.S.?

Some hospital systems have experienced issues ordering some of the supplies used for epidurals from their usual distributors, but they’ve adapted by working with alternative vendors or using different brands.

“Epidural and spinal kits are facing supply chain issues globally,” says Krishna Shah, M.D., assistant professor of interventional pain medicine in the Department of Anesthesiology at Baylor College of Medicine in Houston. “In the U.S., we are noticing extended lead times when ordering epidural supplies.”

Mark Zakowski, M.D., chair of the American Society of Anesthesiologists (ASA) Committee on Obstetric Anesthesia also told What to Expect that “there have been fairly widespread sort of shortages” in the U.S. for medications and various types of medical equipment.

But Dr. Zakowski stresses that your anesthesiologist or physician has many tools at their disposal and can still find a way to give patients an epidural if they want one.

Dr. Shah believes that it’s “unlikely” that the supply chain problems would affect the availability of epidurals to patients in the U.S., particularly at large hospital systems. “As epidurals are the primary pain management option for pregnant women during labor, many large hospitals with obstetrics services are fully stocked with epidural kits for several months,” he says. “In addition, with multiple options of suppliers, it would be unlikely for there to be an epidural shortage in the U.S.”

The Society for Obstetric Anesthesia and Perinatology (SOAP) recently stated that it is unaware of any centers in the U.S. with a complete lack of supply, but it has issued some recommendations to help prepare for potential disruptions. Trusted SourceSociety for Obstetric Anesthesia and PerinatologyTips on Epidural Kit ShortageSee All Sources [2] Those include general considerations for hospitals — like auditing the number of epidural kits they are using — and alternative pain management options that doctors can provide to their patients if needed.

What other pain management options do pregnant women have during labor?

Again, there is no reason to think that there will be a widespread epidural shortage in the U.S. — so you shouldn’t lose sleep over fears that you won’t be able to get an epidural if you need or want one. “Epidurals are the industry standard when it comes to providing adequate pain relief during labor,” Dr. Shah says.

That said, if you were hoping for a medicated birth and live in one of the regions currently affected by the shortage, know that there might be other pain management options available to expecting mothers during labor.

“It is helpful to have more than one strategy for pain management during labor because your needs may change over time,” Dr. Watters says. “Having additional strategies to cope with labor discomfort can help you remain empowered during your birthing experience.”

It’s a good idea to speak with your medical care provider before you go into labor so you know what your options are, says Christine Greves, M.D., a board-certified OB/GYN at the Winnie Palmer Hospital for Women and Babies.

“We are very sensitive to the fact that labor is called labor because it’s hard work,” she says. Dr. Greves recommends having a conversation with your provider during one of your prenatal appointments and asking which pain management options are available at the place where you plan to give birth. You can also go over other choices outside of epidurals if it makes you feel more comfortable, she says.

You might also ask about complementary and alternative medicine (CAM) therapies, which may include breathing techniques, acupuncture, acupressure, massage or reflexology, as a few examples.

While the news about an epidural shortage in Canada is incredibly stressful for women living there, experts say that at the moment, the shortage is not affecting U.S. patient care.

Bottom line? “We’re all in this together,” says Dr. Zakowski. “We put patient safety first, and we have the skills and tools to adapt and do what we need to keep our patients comfortable and safe.”

Was this article helpful?

Thanks for your feedback!

What I Learned From a Failed Workplace Child-Care Experiment

15 Companies That are From Canada