Due to the exponential increase in the manufacturing, use, and disposal of plastics, the pollution of these products continues to overwhelm ecosystems throughout the world. Following their release into the environment, these places eventually degrade into microplastics (MPs) that can cause significant harm to organisms.

A new Science of the Total Environment journal paper reports the presence of this unknown and potentially life-threatening class of contaminants in uterine and infant tissues, breastmilk, and infant formula. 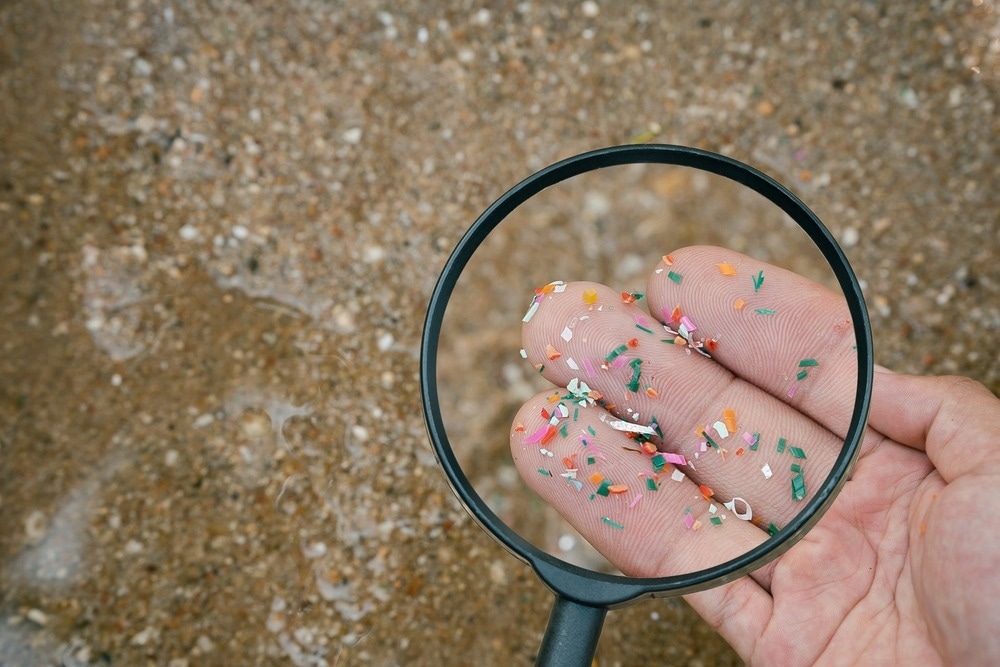 MP are plastic particles and fibers that are less than five millimeters (mm) in size. Their small size is responsible for their ability to reach considerable distances from their site of production. In fact, MPs have been found in soil, water, and air, as well as in an array of foods including salt, honey, water (bottled and tap), and seafood.

Earlier research has shown that polystyrene nanoparticles travel from the mother’s lungs to the fetal tissues in late pregnancy in mammals. Human studies also reported MPs to be present in the placental tissue.

Meconium and infant stool have also been shown to contain these substances. Possible sources of these contaminants include feeding bottles, plastic toys, breastfeeding, infant formula, or from the placenta itself.

Some researchers have shown the release of MPs by the millions when infant formula is prepared in polypropylene (PP) bottles. Similarly, concentrations of polyethylene terephthalate (PET) and polycarbonate (PC) in meconium samples have been found to be higher in infants than in adults.

In the current small study, which included 18 mother-infant dyads, researchers used laser direct infrared (LDIR) to detect MPs in samples of placental tissue, meconium, infant stool, breast milk, and infant formula. The researchers also questioned subjects about their use of plastic before and after the child was born and extended their inquiries into early childhood.

Sixteen types of MPs were detected in all samples, five of which correlated with one another. The most commonly identified MPs were polyamide (PA) and polyurethane (PU), which comprised over two-thirds of all MP contaminants.

PA accounted for 50% or more of the MPs in the placenta and meconium/feces, with a  median abundance was 18 particles/g. PU was the most abundant in placental tissue and was followed by PA, PE, PC, AND PET, with the next highest being found at a concentration of 5.5 particles/g.

In feces, the median abundance of contaminants was 27 particles/g, with polylactic acid (PLA), PU, PA, and PS being the most abundant.

In breast milk and formula, PU was the most common contaminant and accounted for over half of the total MP content, with median abundances of 20 and 17 particles/g, respectively. The most common MP size in these samples was 20–50 μm, with about 75% within this size range.

PA was more abundant in meconium than in the placenta; however, the opposite was observed with PE.

Water consumption was associated with a higher abundance of total MPs and PA, as was the use of toothpaste and scrub cleansers. However, this was linked to the use of plastic cups and bottles to drink water two or more times a week. Pure water in a barrel (30 particles/g) or from the tap (60 particles/g) was associated with a higher abundance of MPs as compared to low- or never-users.

In infants, those who ate less than 50 g of other foods had lower MPs than others. Importantly, increased intake of breast milk was linked to higher MP content in feces, as was increased use of feeding bottles. Infants who sucked on plastic toys also had higher MPs in feces than others.

When plastic toys were washed in cool water, the MP content in feces was lowest by almost 40-70 times as compared to when washed in boiling water or disinfected with alcohol or steam.

The current study was the first of its kind to fully explore the presence of MPs in pregnancy, fetal life, and infancy. The major associations appear to be with higher use of body scrub and toothpaste in pregnancy, as well as with feeding bottles, plastic toys, and breastfeeding in infancy.

High levels of MPs in meconium may be due to the accumulation of these substances from the 16th week of gestation onwards. Surprisingly, increased breastmilk intake was associated with greater MP levels, which might be due to the increasing use of pumped breast milk stored in plastic bags that allow MPs to migrate into the milk. The use of PP feeding bottles could also contribute to this risk.

Sucking plastic toys, as well as the use of harsh washing methods for these toys, was also associated with increased MP detection.

Similarities in PA, PU, PE, and PET abundances in mothers and infants could indicate a common pattern of intake. This could be from air, indoors, and outdoors, as MPs are commonly used in a variety of consumer goods from textiles to appliances.

Ingestion of atmospheric-deposited MPs through diet might be 2–3 orders of magnitude greater than direct ingestion from food sources.”

Air cleaning and dust removal may be important preventive measures, especially during pregnancy and infancy, as these individuals often spend long periods indoors.

Groundwater samples consistently show the presence of PA, PE, and PET, while PU is also abundant in untreated water and after conventional treatment for drinking water. This aligns with the finding that increased water intake, especially tap water, was associated with high MP abundance.

Given the very small sample size, these findings should be considered preliminary. Larger studies that examine plastics exposure on a wider scale, including their use, washing, and drying, as well as rule out contamination with dust, diaper materials, and airborne MPs, are needed to validate the results of this study.

Know Which AIIMS Have Over 100 MBBS Seats

A family of pediatricians paves way for health equity in St. Louis – Washington…

The problem with multivitamins – Carrots…

A 360-degree BDS Curriculum In India To Be Approved Soon

Why Texas wants to be the headquarters…

The challenges of rural hospitals