Image: 1) Samples collected from a patient suspected to have monkeypox at Hospital de Santo António dos Capuchos in Lisbon, Portugal. ©WHO/Khaled Mostafa 2) Patient with a monkeypox blister at the University Clinic for Infectious Diseases at the University of Modena and Reggio Emilia in Italy. ©Cristina Mussini

Six months have passed since the beginning of the monkeypox outbreak in Europe. It started with just a handful of cases reported in the United Kingdom in early May 2022, but soon monkeypox was being reported in many countries, in rapidly increasing
numbers. By July, 90% of all laboratory-confirmed and globally reported cases were centred in Europe, leading Dr Hans Henri P. Kluge, WHO Regional Director for Europe to state: “Urgent and coordinated action is imperative if we are
to turn a corner in the race to reverse the ongoing spread of this disease.” On 23 July, as countries around the world reported escalating cases, WHO Director-General Dr Tedros Adhanom Ghebreyesus declared the ongoing monkeypox outbreak
a Public Health Emergency of International Concern.

Four months after cases in Europe peaked, we are at a critical moment in the outbreak, one that will define the disease’s trajectory in the region and beyond. During this outbreak, monkeypox cases have been reported in 43 of the 53 countries
in the WHO European region. Thanks to a combination of testing, surveillance, vaccination and changes in behaviour, cases of the disease among the group most affected by this outbreak, men who have sex with men (MSM), especially with those with
multiple sexual partners – have declined significantly. This decline is good news, but we cannot lose sight of our ultimate goal in Europe: to stop human-to-human transmission in our communities completely, and to sustain the elimination
of monkeypox through continued prevention, detection and response systems.

Image: Overall number of cases of monkeypox, per date of notification, in the European Region. ©ECDC/WHO

From the outset, as well as partnering with national and regional health experts, WHO/Europe has consulted and collaborated with MSM, recognising their knowledge and engagement as essential in the drive to control and eliminate monkeypox. This RCCE
approach has been instrumental to every area of the monkeypox response, from providing access to testing, to engaging people in contact tracing, to informing those who may be at higher risk about treatments and how to prevent spreading the disease
to others.

Image: Dr Francisco Silva, a general practitioner who also works at a sexual health clinic in Lisbon, Portugal, has treated patients with monkeypox. He recommends that those at risk for the virus be aware of the symptoms and limit close contact with others. ©WHO/Khaled Mostafa

The summer season of festivals and events offered both the possibility of increased monkeypox transmission but also a powerful opportunity to bring information to those whose behaviours may make them more likely get monkeypox. WHO/Europe, alongside
the European Centre for Disease Prevention and Control (ECDC), reached out to experts and representatives of organizations working with MSM, for help in creating a toolkit for health authorities and event organisers that includes technical guidance,
trainings, materials and ready-to-use and customizable tools to support them to prepare for large and mass gathering events.

During the development phase of the toolkit for event organisers, it was critical to consult MSM representatives, including about which communication channels to use, who should communicate messages and which messages would resonate and engage event-goers.
When dealing with such a new outbreak, about which even well-intended messages could be considered stigmatizing, the insight they provided into the community’s perceptions, values, behaviour and trust was key to crafting effective risk communication.
The toolkit has become a valued resource, and has been customized, translated into multiple languages and shared all over Europe.

WHO/Europe has also supported civil society organizations (CSOs) with information and guidance throughout the outbreak with a dedicated network. CSOs are increasingly recognized as important partners to health authorities, and have proved
invaluable during this outbreak.

One such organization is Milano Checkpoint, a sexual health service in Italy, staffed mainly by volunteers, that has built up trusted relationships and a close knowledge of the people they work with, some of whom are hesitant to use the formal health
system.

Video: Milano checkpoint, a community-based NGO in Italy, offers sexual health advice and information. Outreach efforts like these are reducing the number of monkeypox cases and stigma.

Some individuals came forward to share their experiences of infection with monkeypox. Their personal stories helped to start conversations, share health information and reduce stigma about the virus.

“Having lived with HIV since 2016, I know how healing it is to hear other people’s stories. That’s why I wanted to share my story about monkeypox, still a relatively unknown condition. I didn’t know anything about it when
I caught it. In the end, I don’t want anyone to have this. I also want to show people that I am okay. Yes, it was severe, but I am better.”

Image: Harun Tulunay is a sexual health worker who shared his experience of having monkeypox publicly as a way to create awareness. ©Harun Tulunay

WHO/Europe has also helped disseminate good practice by sharing learnings from countries with creative and effective response strategies, such as the establishment of a rapid response team in Portugal, which was one of the first countries in Europe to show signs of stabilizing transmission. 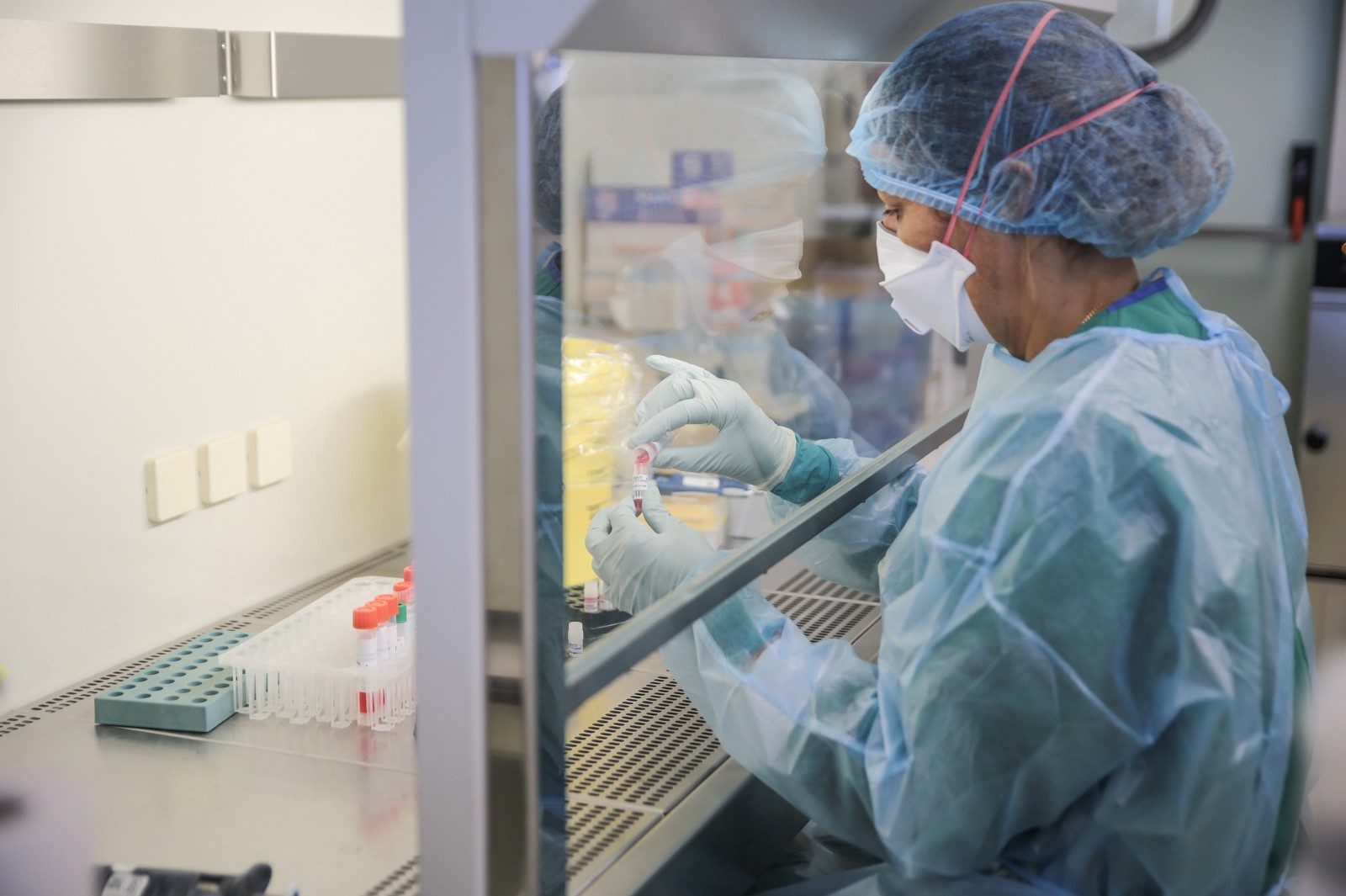 Right from the start, the rapid response team began a close dialogue with community-based organizations working with MSM, sexually transmitted infection (STI)/HIV testing and care centres, and bars and sex-on-premises businesses.  “This
alliance between health authorities, event organizers, community organizations and venues was crucial to our response,” says Dr Margarida Tavares, Director of the National Programme for Sexually Transmitted Infections and HIV Infection.

Image: Small cards with health information about monkeypox were handed out at the Pride parade earlier this year in Lisbon, Portugal. ©Ricardo Fuertes

Real-life data on the effectiveness of preventive and post-exposure vaccination for monkeypox with available vaccines are still emerging and due to the limited number of available vaccine doses, prioritization of target groups is needed. Through
community engagement, countries need to devise effective ways to provide vaccination to target populations at highest risk, without generating stigma and discrimination. Vaccination is therefore not a silver bullet solution, but one tool in
the fight to reduce transmission.

Although the dramatic decline of monkeypox cases in the European Region is extremely promising, we cannot be complacent or lose focus. If it has been, in part, driven by short term behaviour changes, then there’s a risk that we may see a
resurgence of the virus. Stopping widespread human- to-human transmission will require a dedicated focus, much more effective public health tools and a commitment to keep talking with, and listening to those who may be at most at risk from
monkeypox.

A Day in My Life With Inoperable Lung Cancer