At the intersection of passion and scientific rigor, Martha’s Vineyard Regional High School students astounded judges and spectators alike with project presentations at the 24th annual Science and Engineering fair this Saturday.

Though coffee and snacks were provided at the door that morning, many of those who entered the labyrinth of trifold boards in the high school cafeteria could be seen perusing with miniature cups of espresso in hand, thanks to the engineering project of overall fair winners Quinlan Slavin and Owen Kiernan. 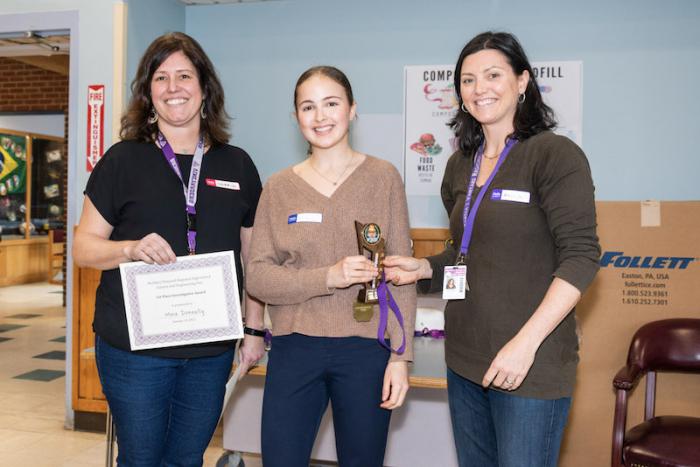 Maia Donnelly, flanked by Carrie Fyler and Anna Cotton, took first place in the investigative category for her research exploring the expression of the HBNF-1 gene

At their table, the duo operated a cheap espresso machine with its mechanical guts exposed, hooked up to a miniaturized computer running their own code. The computer, Mr. Kiernan explained, is in place to modify the machine’s faulty temperature system.

“The heat used to shoot up really high, burning the coffee,” he said, pointing to a graph they produced by tapping into the machine’s temperature sensing system.

After being updated with their new computerized control system, he said, the model now ran at a stable temperature level, producing a quality cup of espresso at a fraction of the price of other machines on the market.

“We live on an Island,” she said, explaining the genesis of her project, “With all the tourists using sunscreen, imagine how much it affects the ocean where we go swimming!” 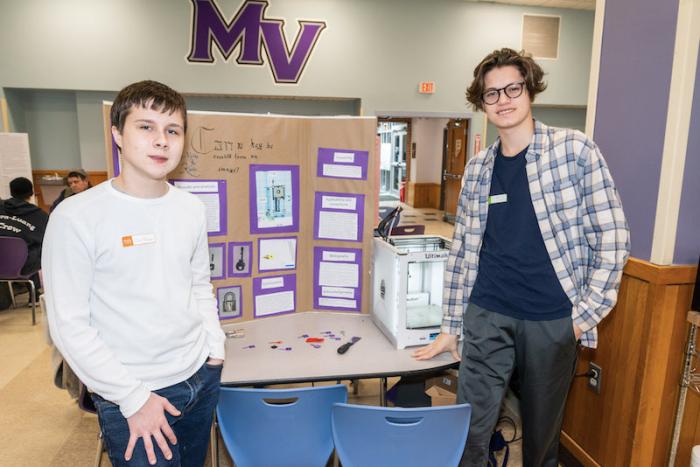 Ms. Da Silva used a material called colloidal zinc oxide in her formula, paying attention to cosmetic appeal as well as environmental safety. Her experiments indicated that her new product has an SPF of 36, and she is considering bringing it to market.

Other projects at the fair focused on investigation rather than engineering, with topics ranging from medicine to biodiversity to microbiology.

Molly Crawford, a freshman hoping to eventually enter college on a pre-med track, combined her knowledge of chemistry, medicine and photoshop to conduct a study on the levels of titanium dioxide whitening agents in different tampon brands.

“Honestly, I don’t understand why the L Organic [brand] is listed as organic,” she said, explaining her contention that titanium dioxide is only one of the toxins included in the brand.

Maia Donnelly, winner in the investigative category, also took a medical approach to her project. Using a Planarian flatworm as a lab rat, Ms. Donnelly explored the expression of the HBNF-1 gene as a possible ameliorating factor for paralysis. 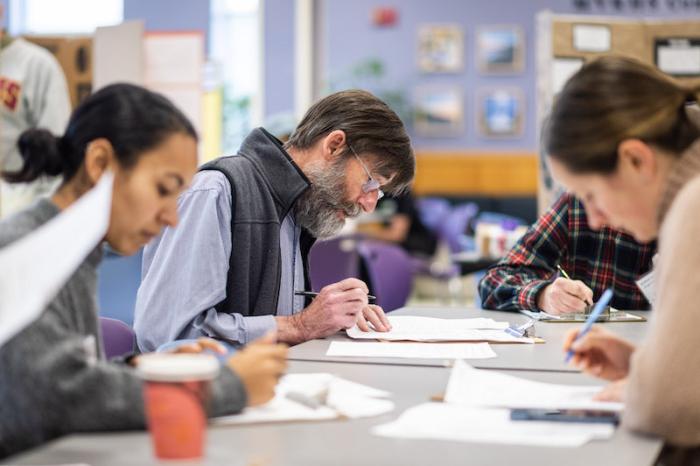 Judges tally up the scores.

Thirty-six projects in total were presented at the science fair that morning, and judges from across the Island had the hard task of picking out winners from a crowded field of well-qualified candidates.

“I think you all should give yourselves a pat on the back, because you certainly deserve it” said Earth Science teacher Anna Cotton, who went on to present the awards (listed below) with fellow event organizer and teacher Carrie Fyler.

Most kind and gentle death

King briefed on programme to implement economic vision in…

Turkey’s medicine shortages could turn into…

Get a heart artery bypass in San Luis Potosi