Travellers from China must show negative coronavirus test after all 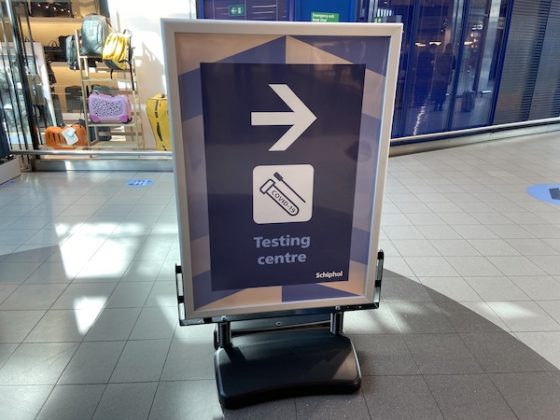 Travellers from China to the Netherlands will have to show a negative coronavirus test to enter the country from Tuesday, health minister Ernst Kuipers has told MPs in a briefing.

All airline passengers from China will also be asked to wear a face mask on board the aircraft, Kuipers said.

The Netherlands had said it did not consider tougher controls were necessary but is falling into line with the rest of Europe, following a meeting last week. ‘If each country does something different, it will lead to confusion and irritation,’ Kuipers said.

On Wednesday, EU countries agreed to bring in a ‘coordinated approach’ to visitors from China after several countries brought in unilateral measures. In particular, EU countries are being ‘strongly encouraged’ to demand Covid tests from passengers coming from China.

The cabinet’s Outbreak Management Team (OMT) has also said there is no reason for extra checks on people travelling from China from an epidemiological perspective and that the negative request requirement will not lead to fewer cases in the Netherlands.

Nor will it help in spotting new variants of the virus if testing is done before arrival, the OMT said.

The Netherlands will also check the waste water of aircraft arriving from China for coronavirus particles, in line with the agreement reached in Europe last week.

Kuipers had asked the senate to reconvene earlier to debate legislation which will make it possible to introduce specific measures to combat coronavirus, including the negative test requirement.

However, senators have decided not to return early from recess and will debate the legislation, approved in parliament before Christmas, on January 17. For that reason, the negative test requirement for travellers from China will come into force via an emergency order to the regional safety boards, Kuipers said.

Unapproved Covid-19 antiviral imports destroyed, while some overseas visitors face a $1350 bill for a course of the drugs

Influence of miosis and laser peripheral iridotomy on…

Idaho Medical Education is Harming Youth In the Guise of…