What type of eater are you: fog, storm, fuel or fun and what is best for your health

Do you know what kind of eater you are? Because according to new research there are plenty of us who don’t.

Turns out there are four different types – fog, fuel, fun or storm – and some are better for our health than others.

﻿A recent survey conducted by Noom of 2,000 Aussies found that 40 per cent of respondents do not regularly take notice of their eating habits, which is not ideal.

“Understanding the four types of eating habits can help paint a clearer perspective on how you think about and consume food,” says Dr Andreas Michaelides, Chief of Psychology for Noom.

“At the core of it, there is a reason why we adopt certain eating behaviours at certain times. Overall, the behavioural triggers that determine each type of eating stem from the same place: our routines, emotions and interactions all impact how we consume food.”

Those who fuel eat choose and eat foods that are nourishing for the body, for the sole purpose of providing the body with energy and increasing health, rather than for emotional or other reasons.

Noom’s study found fuel eaters might be considered the ‘healthiest’ of all four categories, but more than a third of these (35 per cent) still love to fun eat when they catch up with family and friends.

It was also found that 36 per cent of fuel eaters are most likely to exercise every day.

“Fuel eating is how we should be eating 80 per cent of the time,” Dr Michaelides says. “It’s nutritious and avoids overly processed foods. If you are finding it difficult to eat for fuel, focus on mastering one new healthy recipe per week. Another trick is to keep loads of fruit and vegetables within reach so they are easy to grab as a snack or on the go.”

Fog eating means eating mindlessly, without really noticing what or how much you are eating. 28 per cent of Aussies admit to fog eating at least three nights a week, with 63 per cent doing it whilst binge-watching their favourite shows.

The research conducted by OnePoll also found that 36 per cent of fog eaters are more likely to eat foods that are conventionally ‘unhealthy’ compared to 32 per cent of fuel eaters who fun eat every now and then.

“This is eating without awareness and often happens when we are bored and sometimes, not even hungry,” says Dr Michaelides.

“Rather than reaching for snacks, try pouring yourself a glass of water or make a cup of tea while watching your favourite show or make chewing gum or mints a part of your daily routine.”

READ MORE: The problem with ‘good’ and ‘bad’ foods, according to a psychologist

Storm eating can feel like eating out of control, and is usually an emotional reaction to an external trigger and not physical hunger.

Findings show that Aussies who storm eat are more likely to be at risk of health issues such as obesity (25 per cent) and diabetes (15 per cent) compared to those who fuel eat (nine and 12 per cent respectively).

“Storm eating often happens when we allow ourselves to get too hungry or when we’re having an overwhelming emotional reaction to something,” Dr Michaelides adds.

He suggests it may be helpful to identify what emotion has triggered this (stress, sadness, anger, etc.) and then employ new behaviours to respond to that emotion, like going on a walk, meditation or going to a workout class before opening the fridge.

READ MORE: The ultra-processed foods you did not release you were eating﻿

Fun eating is eating foods we love to eat, regardless of nutritional content of the food.

Fun foods have a time and a place, but usually offer little to no nutritional value, explains Dr Michaelides.

If you are a fun eater, designate times or occasions to fun eat (i.e one small treat each day, two fun meals per week, only at celebratory gatherings, etc).

Of all the survey respondents, 28 per cent feel they know very well what types of food are generally good for their body.

But that leaves a majority of 73 per cent of Aussies who said they would like to become more knowledgeable about what foods are good for their body.

A quarter of respondents would like to develop healthier eating habits, with 14 per cent typically eating out for dinner or getting a takeaway more often than cooking home-cooked meals.

The main factors that form Australians’ eating behaviours were: simply because they like eating (45 per cent), they enjoy junk food (42 per cent) and boredom (41 per cent). also found 60 per cent said they are easily influenced by others when it comes to food – if someone they are with is getting a takeaway, they will do so, too.

“Nothing should be off limits and eating for pleasure is one of several types of eating that is natural and normal. With a psychology-based approach, however, you can learn simple, daily habit changes such as making healthier food swaps or sticking to a meal prep routine that can be small steps that lead to a balanced diet and long-term behaviour change,” Dr Michaelides says.

“With the weather warming up and many Aussies looking to improve their health, now is as good as any time to assess your eating habits and make any adjustments.”

For a daily dose of 9Honey, subscribe to our newsletter here. 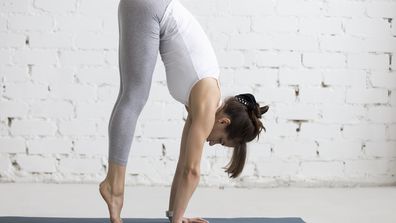 Ludhiana: After a gap of two years due to pandemic, PAU’s Food and Craft fair is back

‘Culinary medicine’ is making diet and wellness an integral…